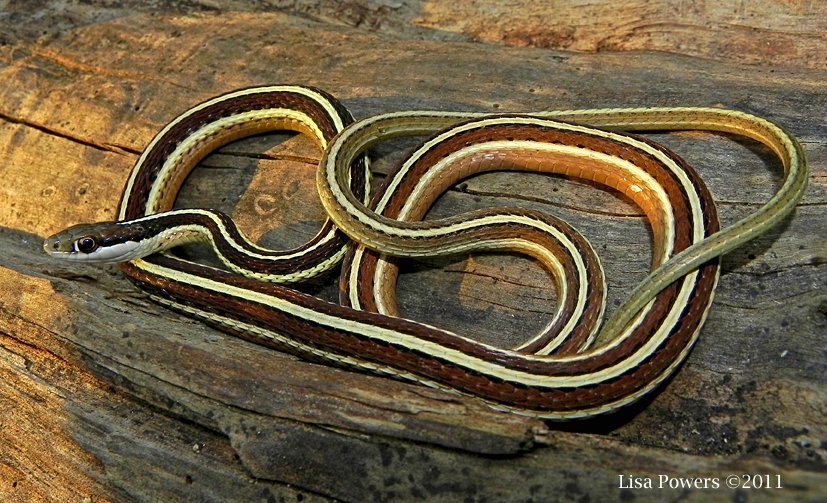 Description: Eastern Ribbonsnakes are slender snakes that range from 16-28 in. (41-71 cm) long. They have three light, usually yellow, stripes (two along the sides and one down the center of the back) against a dark background. Between the yellow lateral stripes and the belly there is a brown lateral stripe.

Habitat: They may be found in a variety of semi-aquatic to aquatic habitats including pond and stream margins, wetlands, wet meadows and fields.

Life History:  They will eat small fish, invertebrates and amphibians.

Eastern Ribbonsnakes mate in the early spring after emerging from hibernation. They areovoviviparous and females may give birth from 10 to 15 young in late summer.

Range: These snakes are found primarily in west Tennessee, but is also known to occur in several counties on the Highland Rim in southern and western Middle Tennessee. . They occur throughout eastern North America from southern Canada to Florida and from Minnesota down into the southeast edge of Texas.

Additional Notes: Eastern Ribbonsnakes are found throughout the eastern US, but are absent from much of the Appalachian Mountains.

Behavior: Eastern Ribbonsnakes are a quick, wary snakes that moves to water, shoreline vegetation, or holes in the soil when disturbed.

Ovoviviparous– producing eggs that are hatched within the body, so that the young are born alive but without placental attachment, as certain reptiles or fishes. Dictionary.com Unabridged (v 1.1). Random House, Inc. http://dictionary.reference.com/browse/ovoviviparous (accessed: July 04, 2008). 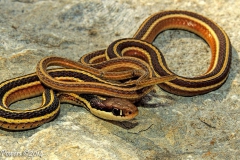 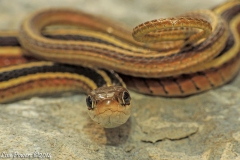 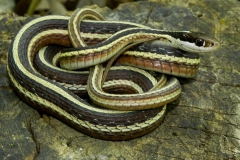 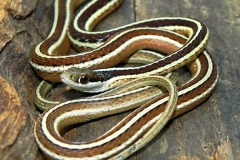 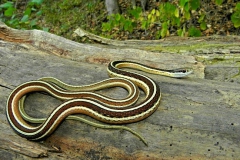 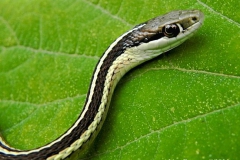 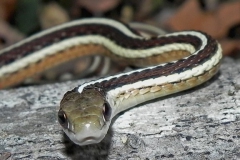 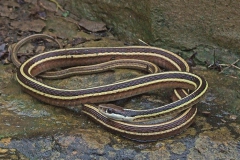