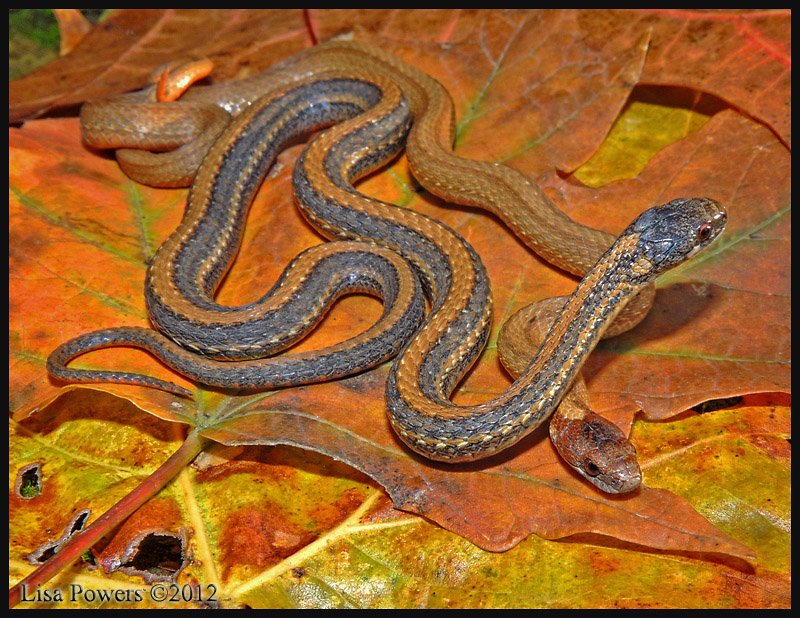 Description: The red-bellied snake is a very small snake; total body length ranges from 20.3 cm to 40.6 cm (8-16 in) when fully grown. They are usually brown to reddish brown (although sometimes gray and rarely black) with or without 4 faint, dark dorsal stripes.

Habitat: Red-bellied snakes are most abundant in deciduous and mixed woodlands. They generally like a damp, moist, and cool environment. Unsurprisingly, they are often found in mesic environments, such as river bays, creek bottomlands, and sphagnum bogs where slugs, snails and worms are readily available.

Life History: Red-bellied snakes typically mate in spring and early summer, but may also mate in late summer and fall. They give birth to live young usually between late July and early September in northern regions and sometimes later in the south. Litter size ranges from 1-21, but normally only 7 or 8 are born

Red-bellied snakes are specialized feeders of gastropods. They have a number of adaptations to aid their specialized gastropod diet. The teeth of S. occipitomaculata are especially slender and in-curved so they can more easily grasp and hold on to the slimy, soft bodies of slugs and snails.

Range: These snakes are found statewide in Tennessee. They occur throughout eastern North America from southern Canada to Florida and from Minnesota down into the southeast edge of Texas.

Behavior: Red-bellied snakes do not bite in response to a threat but will flatten their bodies and curl their upper ‘lips’ as a form of warning. Neither of these went into any defensive displays.

Distribution of the Northern Red-bellied Snake in Tennessee 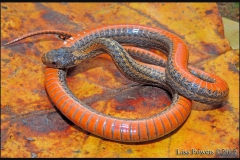 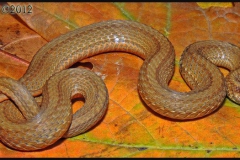 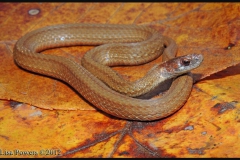 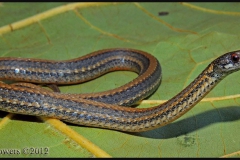 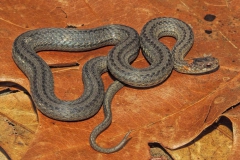