Description: The common gartersnake is a medium sized snake generally ranging between 18-28 inches. It is somewhat variable in  color but is usually some shade of yellow, brown or pale green with black stripes going the length of the body or black spots forming a checkerboard-like pattern down the sides.

Habitat: It may be found in a variety of habitats including pond and stream margins, wetlands, meadows and fields, woodlands, hillsides and even overgrown yards.

Life History: These snakes are equally variable in their diets. They will eat frogs and tadpoles, salamanders, fish, earthworms, small rodents, leeches, birds and even carrion.

Gartersnakes mate in the early spring after emerging from hibernation. They are ovoviviparous and females may give birth from 12 to as many as 40 young in late summer.

Range: These snakes are found statewide in Tennessee. They occur throughout eastern North America from southern Canada to Florida and from Minnesota down into the southeast edge of Texas.

Additional Notes: These snakes hibernate communally, sometimes in large numbers. They are extremely common in the spring when they emerge from hibernation and may be readily found in yards across the state. They have been especially common in and around East Nashville since the tornado of 1998.

Ovoviviparous– producing eggs that are hatched within the body, so that the young are born alive but without placental attachment, as certain reptiles or fishes. Dictionary.com Unabridged (v 1.1). Random House, Inc. http://dictionary.reference.com/browse/ovoviviparous (accessed: July 04, 2008).

Distribution of the Common Gartersnake in Tennessee 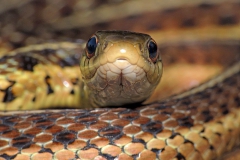 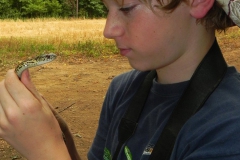 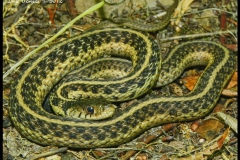 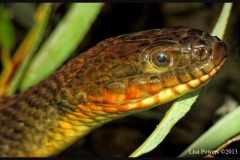 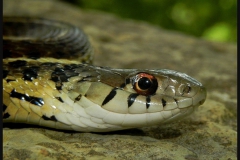 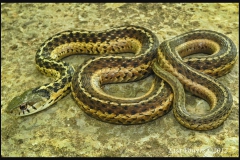 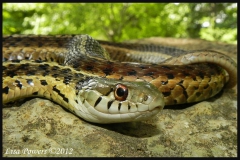 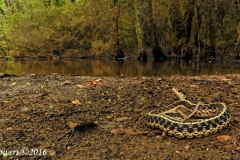 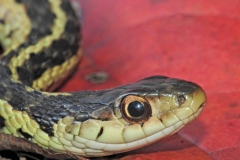 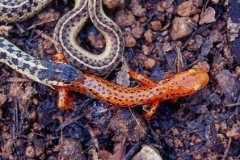 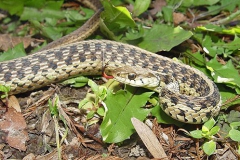